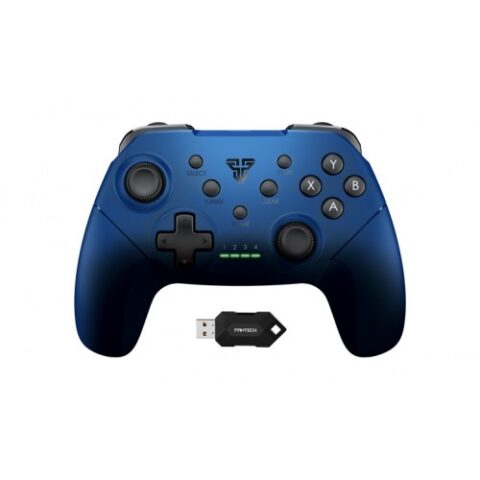 Be the first to review this product

The Fantech WGP13 Shooter II Wireless Gaming Controller may be picked up and used right away. You’ll be led by your instincts as you navigate the familiar pattern. You’ll be able to play games in no time. SHOOTER II WGP13 is intended to provide you with a console-like control experience while still deviating from the norm. Using your SHOOTER II WGP13 controller, play thousands of games on PC and PS3. With the most popular games in each genre, you’ll have total control over your favorite games. Feel the thrill of the game. In games that allow vibration feedback, get a new degree of feedback with every hit, crash, and explosion. Included is a turbo option for swiftly defeating your opponents in fighting games and other games. You won’t have to worry about running out of juice since the built-in lithium-ion battery lasts for 10 hours on a single charge. While the controller is charging, keep playing. Plug it in and forget about it. Cut the connection and experience the freedom of gaming without being tethered to anything. Simply plug the receiver into a USB port for quick, reliable 2.4 GHz data transfer with no delays, dropouts, or interference. This version has been modified to provide even greater reliability. The Fantech WGP13 Shooter II Wireless Gaming Controller has a 01-year warranty.